This week we met with a new client who owns a home circa 1990’s. Like most clients embarking on improving their home, the couple started with a large wish list of things to update in the home. I find the typical 1990’s home has many characteristics that homeowners now, 10 – 18 years after the house was built, want to update. 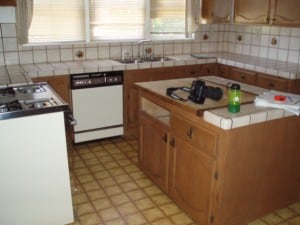 As a interior designer I am acutely focused on the architecture of my client’s home when I remodel or do what I call “cosmetic updates” to their Portland, Oregon homes. Architectural styles frequently tell a story of a period of time or a revival if you will. So, I admit I often wonder what the future holds in 30 years when we think of a 1990’s home. What are the characteristics that we will appreciate and want to duplicate when we restore these homes in the future? I have heard in the build and design community the opinion that the 1990’s home build holds no real architectural significance, but I think it might be too soon to tell. Here are some things I appreciate about this time period.

What do you think will be something we appreciate later from 1990’s homes?

Hey Mom! This blog got me thinking about those ducks you had at the front door and in the kitchen with blue aprons. What was that all about?